Our one-way flights to Singapore were already locked in when we decided to BYO bikes and go cycle touring through South-east Asia with our four-year-old daughter Maya.

Overlooking the obvious challenge of our lack of fitness and the fact that none of us owned bikes,

we set about putting together our cycling kit in under two weeks.

There was so much to research and organise it was almost overwhelming, but with poignant memories of blissful days spent cycle touring New Zealand’s South Island suddenly rushing back, we threw ourselves into the organisational mayhem, got ourselves to our departure point (Brisbane) and went shopping.

Step 1: Get some wheels

We toyed with the idea of roomy cargo bikes (too heavy and totally unavailable), folding bikes (tempting but too expensive), and had endless, earnest discussions with bike shop guys in five locations across Brisbane about trailers vs bike seats for our ever-growing child.

By the time Day 4 swung around we had our wheels: a new Trek 520 for Dave that was offered at a 25% discount because it had been gathering dust in a local commuter bike shop, and a second-hand Aussie-made Allegro road bike passed on by a fastidious bike mechanic with top-end modifications and a full set of Ortlieb panniers for $1000.

Step 2: Get a child carrier

After checking out Weehoo and Chariot trailers, none of which were a perfect choice for us, we decided to go with a bike seat mounted on the back of my bike. The problem was that we couldn’t find one that would accommodate our four-year-old’s long legs (more than a few bike shop guys marvelled at the idea of carrying such a load). It took two days of fruitless searching and squeezing Maya into tiny baby seats before we finally secured a roomy Topeak child carrier close to home and in perfect nick for the bargain price of $75 (second-hand).

Day 5 was spent trawling through other cyclists’ web blogs to gain some idea of where we should go and which cycle touring routes would avoid busy highways and the worst terrain. We downloaded a mass of Pocket Earth topographical maps and some Lonely Planet eBooks onto the iPhone. By chance, I stumbled upon a top place to stay in Singapore that offered cycle tourers a 50% discount in line with the owners’ uber-green travel ideology and locked that in (yeah!).

We spent days six and seven trawling the shops to tick off a long gear list – everything from cycling nicks and camera gear to shower thongs and sunscreen. We bought spare spokes and patches, helmets and dry bags, and as the gear starting piling up in the front lounge room, we seriously wondered how much it was all going to weigh and whether we could cram it all into the panniers.

It wasn’t until Day 8 that we finally got to test our rides, and it was no surprise that we were far more impressed with the bikes than our overall fitness. Our daughter loved her seat which we decorated with Frozen stickers and a shiny bike bell. By day’s end we had convinced ourselves that the road was a great place to get fit and pushed on with our planning.

Although we planned to take only the bare essentials (plus a few Barbie dolls), there was quite of lot of work gear that needed to go: two laptops, one camera body, three lens, sound recording gear, chargers, batteries and a DJI Phantom 3 professional quadcopter (yes, really). Over the next few days we sourced Lipo bags to safely get the quadcopter batteries through customs, upgraded our photography kit and stocked up on crayons, Aussie muesli bars and natural insect repellent.

Step 7: Book the bikes onboard

The greatest challenge by far was trying to figure out if Scoot Airlines would permit our bikes on the flight to Singapore. The airline’s website was rather non-specific about bikes and while it did mention that sporting equipment was allowed, it also stated that all luggage should be under 158cm in total linear dimensions (that’s a very small bike!). In a state of panic, I twice phoned Scoot’s offshore call centre only to be told that the decision to accept the bikes “was at the discretion of the check-in counter”.

No amount of questioning could clarify the issue, and both calls ended with a recommendation to have the bikes at the check-in counter three hours before the flight. We had no confidence that the bike boxes would actually be accepted, which was rather stressful, and resolved to abandon the flight altogether and rebook with a rival airline if things went sour.

My search for travel insurance for cycle touring that would also cover the bikes was a real time-waster. What I hadn’t anticipated was that Aussie travel insurers were uniformly unwilling to insure our bikes overseas (unless we had been insured for three months before departure) and it took some serious digging to unearth cover for cycle touring that included personal liability and accidents in the not-too-unlikely case that we crashed into someone or something.

As a result, premiums were high. A dozen phone calls and I finally had two companies – Virgin Money and QBE – who covered cycle touring (but still not the bikes themselves). We went with Virgin Money because the Aussie staff were so easy to deal with and they offered a higher level of cover for our electronic gear.

In the days before we flew, we packed and repacked our panniers, trying to balance weight and work out where everything would go. We tested out various configurations and survived a fully laden test ride (just). We weighed each bike and worked out that if we carried much of our gear as carryon luggage, we might just skim through with 50kg of bikes.

We booked a 20kg and a 30kg allowance with Scoot, stripped down the bikes and packed the boxes with just enough gear to weigh in. The rest of the gear (minus two laptops and a backpack for the camera gear and quadcopter) we managed to cram into our two rear panniers (7kg each). Finally we were ready to fly.

We were up at 3am for the 90-minute drive from Brisbane to the Gold Coast and reached Scoot’s check-in counter 15 minutes before it opened. A quick coffee later and we were first in line with fingers crossed as the staff eyeballed our oversized boxes.

All our sleepless nights were totally wasted because Scoot’s Aussie check-in staff didn’t bat an eyelid, promptly weighing the boxes and checking in Maya’s bike seat for free (thank goodness because we hadn’t bought an allowance for it). The relief was overwhelming. Now all we had to do was get to Singapore, put the bikes back together again and cycle off. Nothing to it! How to travel plastic-free: 8 earth-friendly ways to pack & explore 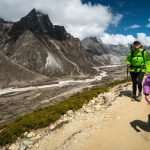 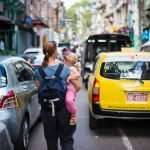 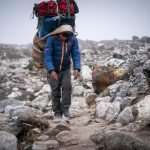 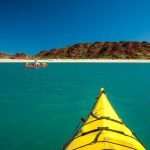 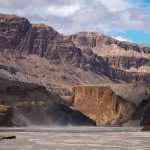 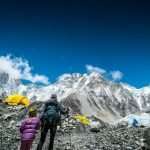 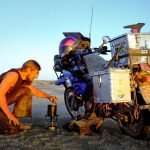 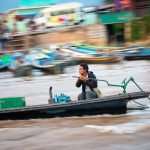 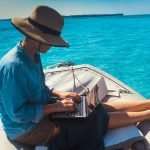 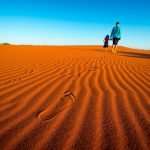 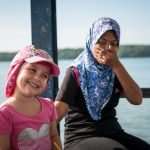 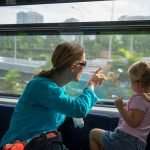 5 things you never want to hear when travelling with kids 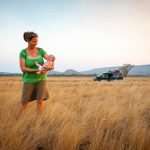 Babes in the bush 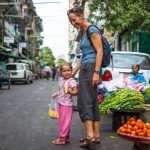 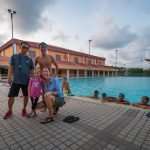 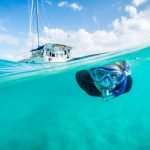 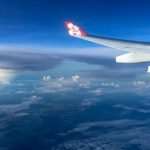 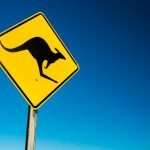 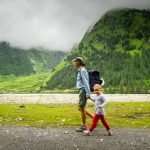