From Lumholtz’s tree kangaroos to cassowaries and crocodiles, far north Queensland’s wildlife is some of the most fascinating on the planet (and it’s not the least bit cuddly!).

Read on to discover the best places to encounter our most captivating creatures, and top places to stay on your next tropical wildlife adventure.

If you crossed a bear with a kangaroo, the result might look something like the heavily muscled, canopy-dwelling Lumholtz’s tree kangaroo.

They live only in far north Queensland’s high-altitude rainforests and nowhere else on earth, but no one knows for sure how many exist and whether the population is stable.

The world first learnt of these nocturnal critters known as Mabi in 1882 when Indigenous guides led zoologist Carl Lumholtz high onto the Cardwell Range, 185km south of Cairns.

Since then, Mount Hypipamee National Park has become one of the best places to spot them.

By day, tourists flock here to hike the trail to Dinner Falls and to stand on the rim of a dramatic, water-filled volcanic explosion crater with sheer granite walls that plunge 140m deep.

Every visitor hopes for a rare daytime sighting of a Lumholtz’s tree-kangaroo, but local guides say that only happens a handful of times each year.

You can imagine our surprise when we encountered not one, but two on our early morning stroll through the park. Bounding suddenly across our path, the tree-kangaroos climbed swiftly away into the canopy, their long tails swinging free.

When they turned to meet our stares and lingered in clear sight long enough for us to photograph them, we became forever captivated.

For your best chance of spotting a Lumholtz’s tree-kangaroo and other tropical wildlife, hit the walking trails through Mount Hypipamee National Park at dawn, before day trippers arrive.

Meet Australia’s largest, flightless bird: big, fast, and able to strike with deadly precision. But as few as 2000 to 4000 southern cassowaries left in the wild, encountering this endangered beauty is no easy feat.

While protecting vulnerable chicks and their ever-shrinking territories, a 12cm-long, dagger-like claw in the middle of the cassowary’ three-toed foot could inflict considerable damage.

But cassowaries are unlikely adversaries and should you be fortunate enough to spot one in the wild, standing your ground and making yourself as large as possible has been known to turn the bird around.

Recently it was discovered that the remarkable bright blue casque that crowns the cassowaries head – unique to each and every bird – enables infrasound, a remarkable sensory skill similar to that of dinosaurs and elephants that detects communicative sounds from very distant cassowaries.

Despite extreme habitat loss and increased vehicle accidents and dog attacks, Mission Beach south of Cairns continues to harbour a high concentration of southern cassowaries and other tropical wildlife.

You’ll find them in Djiru National Park where a rare pocket of Licuala fan palm forest supplies the birds with one of their favourite fruits.

Conservation of this keystone wildlife species is vital, not least because the cassowary’s habit of eating and dispersing rainforest plant seeds makes them vital to the survival of the tropical coast’s diminishing rainforests.

Two of the best trails in Djiru National Park are the Musgravea hiking and biking trail (6km one-way) and the easy Fan Palm Walk (1.3km/20 minutes) that loops beneath the two metre-wide fan palms that appear as bright green umbrellas towering 15 metres above the forest floor.

Essentials: turn off the Bruce Highway just north of Tully and drive 26km to Mission Beach.

Found only across Australia’s far north, these superior, prehistoric hunters dominate the food chain, calling on excellent vision and a keen sense of smell to detect and hunt down prey in the murkiest of waterways.

The biggest myth about the world’s largest reptile lies with their nickname, ‘salties’. On the contrary, estuarine or saltwater crocodiles thrive in billabongs, creeks, rivers and freshwater waterholes, and have been found far inland and on islands and sand cays more than 100km from the coast.

Hunted to the brink of extinction from the 1940s to 1960s, crocodile numbers (and the number of attacks on humans) are on the rise. Statistics show that men are more likely than women to be attacked, and young males (aged 16-35 years) are most at risk.

Clearly, humans are outmatched by these evolutionary survivors who can slow their heart rate to 2-3 beats per minute, allowing them to stay underwater and out of sight for an hour or more.

In the far north the rules are clear: never swim in crocodile habitat, camp well away from the water’s edge and when boating, keep your arms and legs on board.

Be aware that estuarine crocodiles are more active at night and more aggressive during their September to March breeding season.

To watch them safely and from a distance, jump aboard a Daintree River cruise, preferably at low tide when the crocs can be seen sunning themselves on the muddy banks.

Of all the far north’s mega bats, the spectacled flying fox is one of the most common and troublesome, mainly because it doesn’t mind living in close proximity to us.

If it were cute or cuddly it might be more beloved, but this much-maligned creature is seen by many as a noisy, smelly nuisance, making it vulnerable to the whims of those who would prefer to see the back of them.

Contrary to popular belief (and the pungent odour of their canopy camps), spectacled flying foxes are very clean animals that constantly groom themselves.

They thrive in large, communal camps with a very complex social structure and use more than 20 different calls to communicate with each other.

Excellent eyesight and remarkable wingspan of up to 1.6 metres enables them to travel up to 50km each night to feed and there are few sights more quintessentially tropical than a sunset sky filled with thousands of spectacled flying foxes streaming overhead.

Declared vulnerable and protected under Australian law, spectacled flying foxes are endemic to north Queensland and are a prominent fixture in the Cairns CBD, roosting in trees around the city library on Abbott Street.

While spotting wildlife in Cairns, one of the best places to camp is Palm Cove Holiday Park, 27km north of Cairns CBD (www.palmcovehp.com.au). 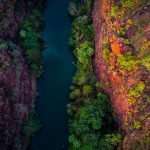 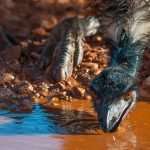 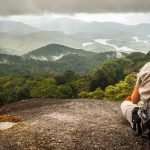 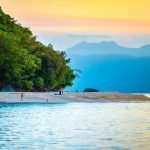 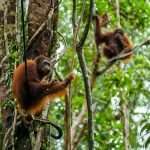 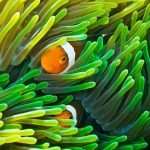 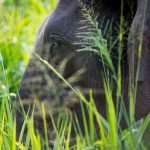 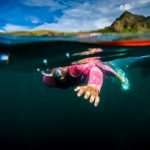